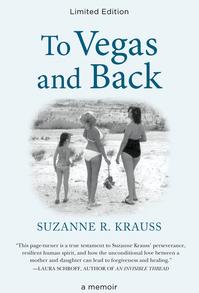 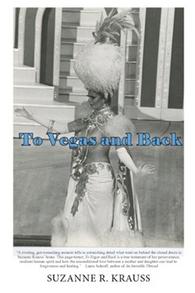 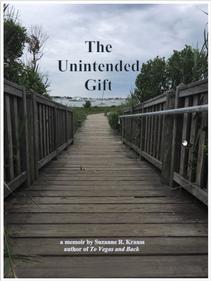 Sequel to To Vegas and Back

TO VEGAS AND BACK synopsis:

Suzanne R. Krauss seems like your average suburban mom – happy, involved in the community, and incredibly personable. No one would have ever guessed her past . . . a childhood filled with alcoholism, anti-Semitism, physical and sexual abuse, set in the backdrop of Las Vegas's underworld and glamorous casinos.

Olivia is a mother who leaves her life as a Philadelphia housewife behind and moves to Las Vegas to follow her dream. Among other setbacks, she encounters mobsters, casino owners, Ponzi schemers, but it is all worth it, when her dream becomes a reality and she lands the lead in the famous Les Follies Bergere at the Tropicana.  Things move along well for months until Olivia meets a man she decides to marry . . . in just under three days . . . a man who nearly destroys her family over the course of six years.

Suzanne has shared her story for those who feel that they can't share theirs. She wants them to know they do not have to fall prey to their history - that they can rise above it to live productive, happy lives - and that relationships can and do heal.

Praise for TO VEGAS AND BACK: ​
"One of 13 books to cozy up with." - MORE Magazine
"A riveting read." - Philadelphia Magazine
"Don't pass up this page-turner!" - Delilah Radio Show Host

“I have reported on several cases of domestic violence in the NFL, yet was amazed that it took a public, graphic video to make people realize the horror of it. To Vegas and Back does for readers what that video did for viewers – it graphically and realistically depicts the savagery of domestic violence. Yet this book is much more than a cautionary tale. Author Suzanne Krauss tells her family’s story with honesty,  humor and love. In the face of overwhelming odds, these incredible women not only survived, but triumphed.“

“A riveting, gut-wrenching memoir tells in astonishing detail what went on behind the closed doors in Suzanne Krauss’ childhood home. This page-turner, To Vegas and Back is a true testament of her perseverance, resilient human spirit and how the unconditional love between a mother and daughter can lead to forgiveness and healing.”

"Many biographical tales on abuse focus on the violence done to them as revenge. Finally, a book that unabashedly tells the tale and offers hope, and the option to not let the abuse define you and your whole life."- Melissa Brail, LMFT, Program Director, Behavioral Health Division, JCS Florida

"First-time author Krauss recounts her harrowing childhood during the late 1960s and early 1970s, a story of family abuse that is directly written and painfully honest. In describing her sessions with a therapist later in her life - partial transcripts of which are used throughout the book - Krauss summarizes her story: "my mom moves to Vegas with a Ponzi shyster, he died, she hooked up with a mobster, then a casino owner, became a showgirl at the Tropicana, then ended up with an anti-Semitic monster, named Paul, who almost killed us all." But this outline of her experiences leave out what the rest of the book provides: a chilling look not only at the dark side of life in Vegas that her mother experiences but also at the horror that her sexually and mentally abusive stepfather visited upon Krauss and her sister. But her descriptions are never lurid, just a shocking reminder of the pain that dysfunctional famililies often endure. And in the end, after describing how she later achieved her own peace of mind, she is able to deliver a message "that bad things happen to good people, but a positive, even wonderful life can emerge nontheless."

- Jane Randel, Co-founder of NO MORE